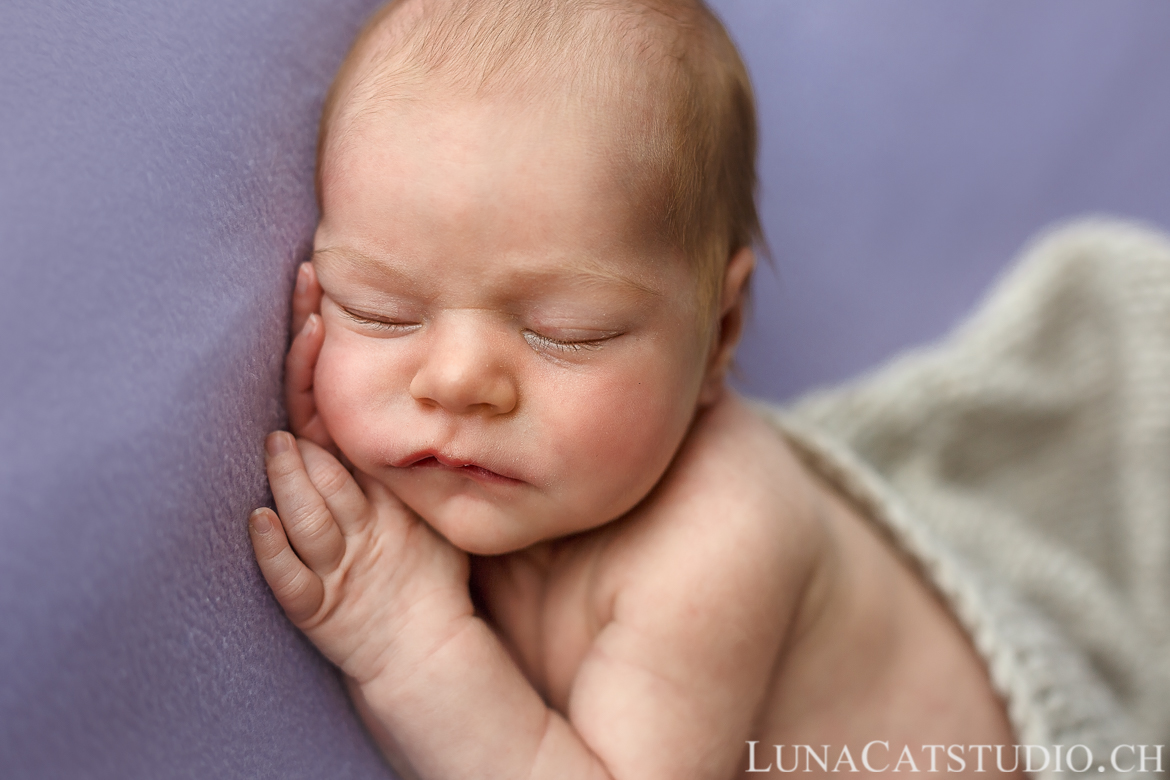 Again, some newborn photo! Yes, I particularly love accompanying new parents in such an important moment as the birth of their child to create these beautiful images in the following days of baby’s birth. This time, I traveled to Nyon to photograph the little baby Elina, aged only 15 days old. At this age, your baby is already in a phase during which so many changes have occured as your baby grows so fast. For a professional photographer specialized in newborn photography, we know such a baby will sleep less and will be opening the eyes more often. Often, photographers you will contact to learn more about how a newborn photo session works will tell you the optimum period to make a photo shoot for your baby is around 4 to 12 days.

Let’s come back to Elina’s newborn Nyon photo shoot! Even if Elina was already 15 days old, she was a perfect top modelas she did not have baby colics (when you baby is experiencing colics, she can not sleep peacefully and it is so hard to see her like that). She seemed to be even loving her newborn photo shooting experience as she gave numerous smiles to the camera, smiles that I was happy to capture for her parents with great pleasure. 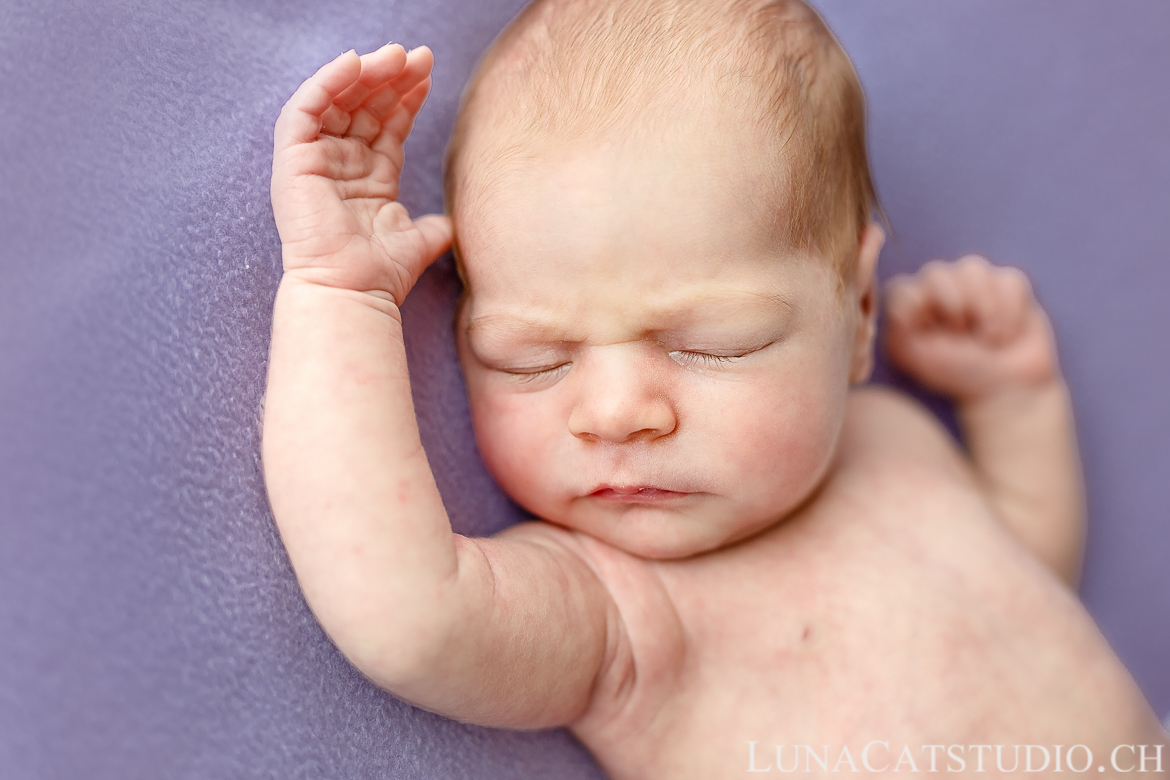 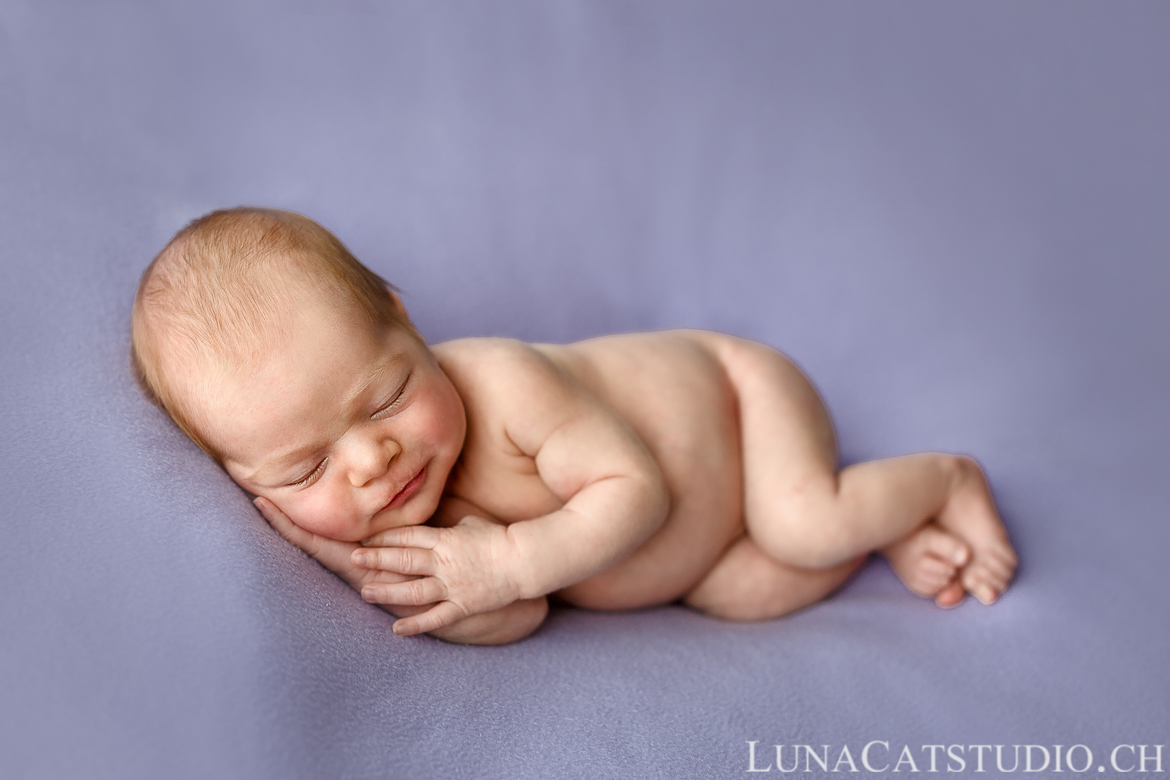 It was only a starting as the second smile was even brighter for the next picture.

After the first part of the baby photo shooting, I could at last discover Elina’s beautiful blue eyes! As I was explaining in the introduction of this blog post on newborn photography, a baby, starting at 15 days old, stays awaken longer and it is therefore normal to have baby’s eyes opened more often. As Elina was really a peaceful baby, it did not bother her photo shoot. 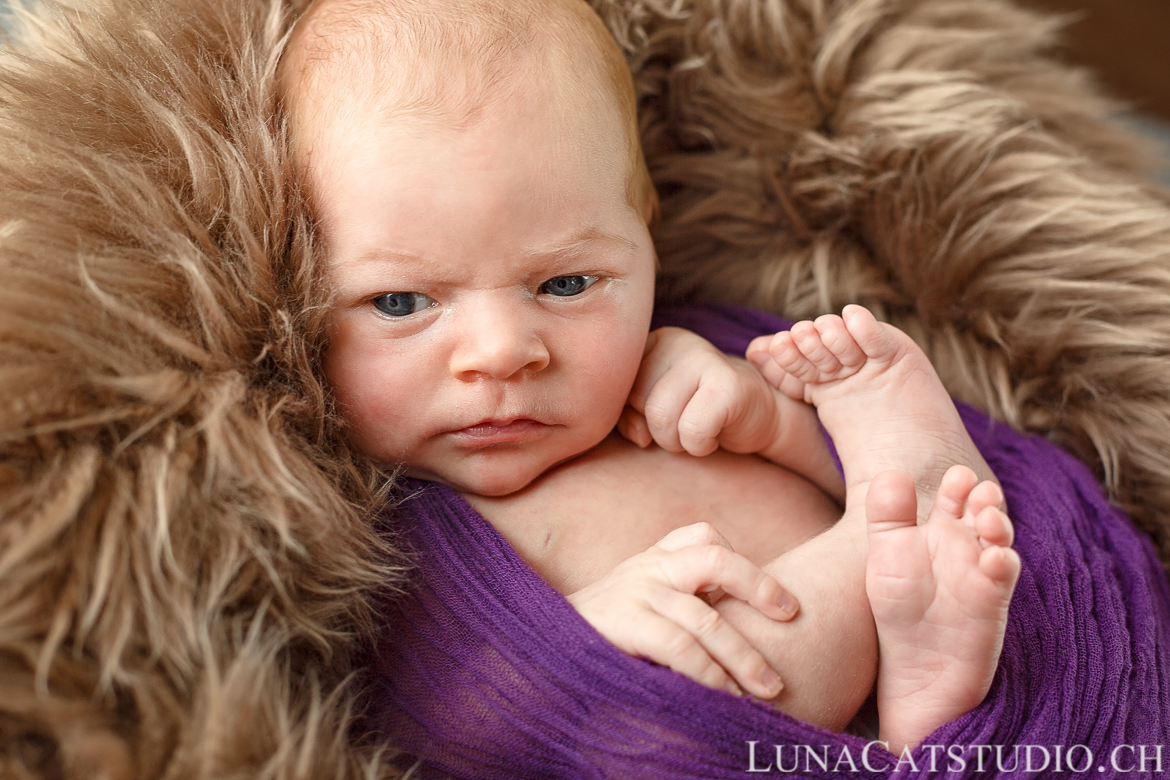 Elina’s dad kept his own teddy bear from his childhood. Elina’s mum found a similar teddy bear for Elina and we took the time to make this emotional picture for the whole family in which Elina is holding both teddy bears (which are dogs in fact ;)). I let you guess which plush is Elina’s and her dad’s. 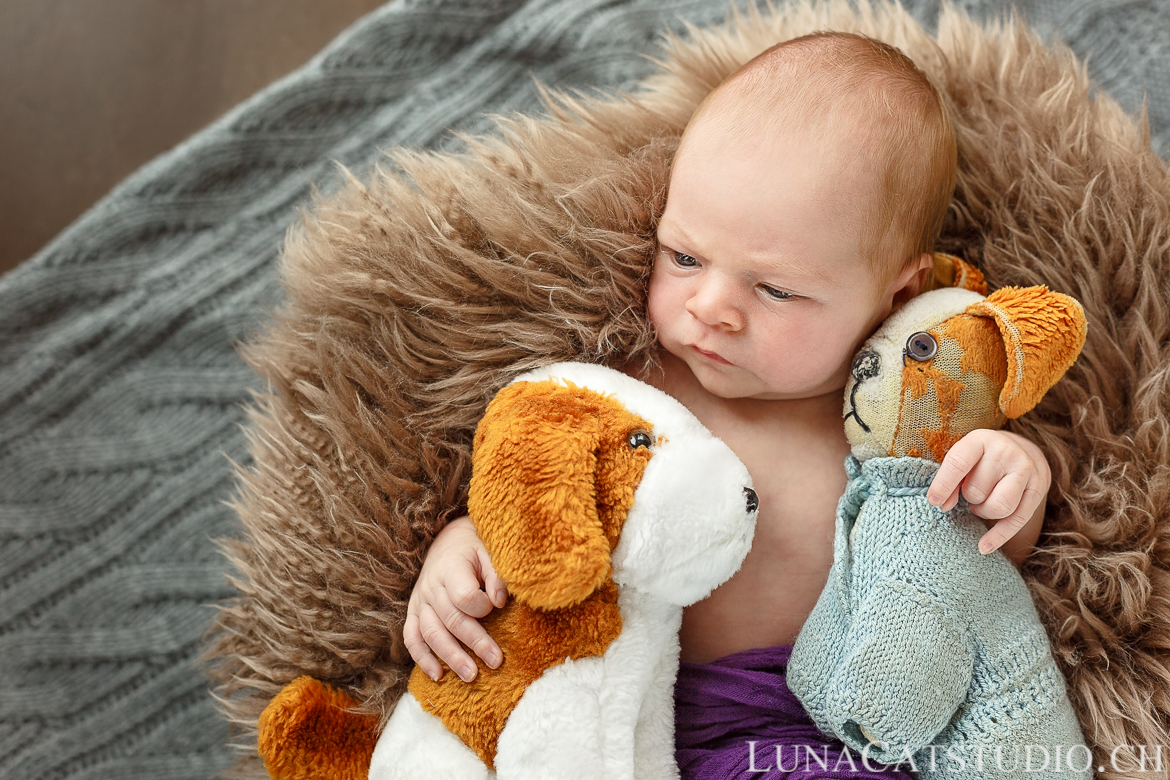 I usually make some black and white newborn pictures when the atmosphere and light allow and call for it. 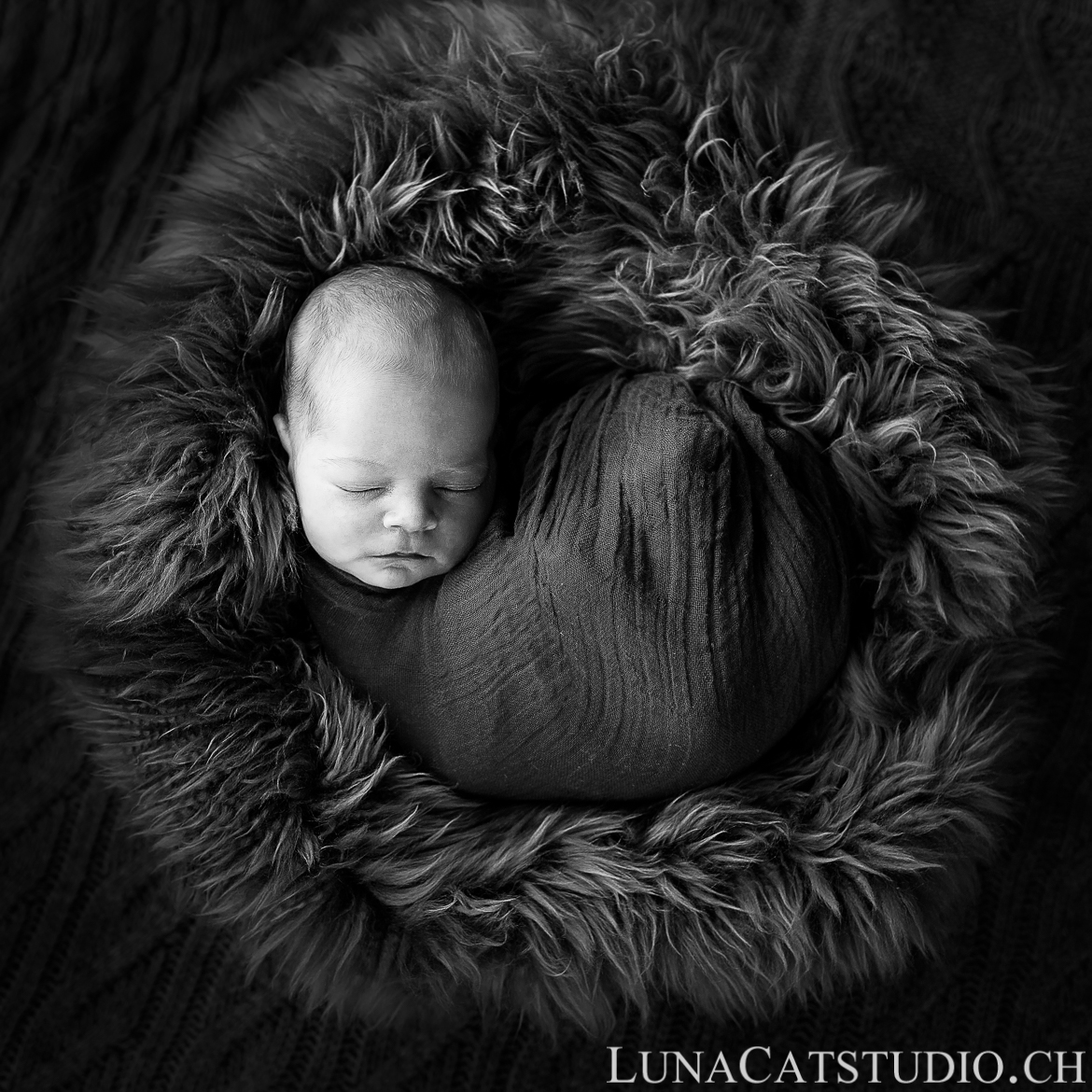 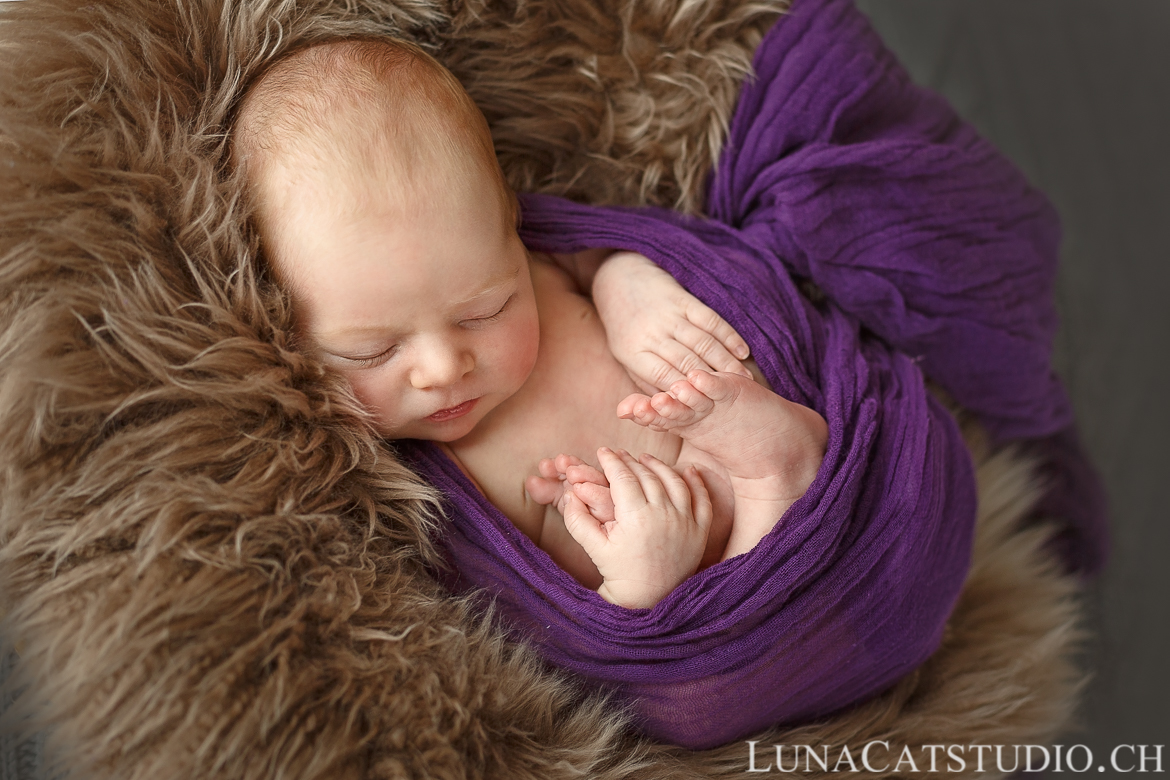 To end this photo shoot, let’s discover one more portrait from Elina’s face because I love portraits so much as they show baby’s evolution when parents look at these pictures long after their baby’s birth.

Baby sleep problems and how to solve them

This website uses cookies to improve your experience. We'll assume you're ok with this, but you can opt-out if you wish. Accept Read More